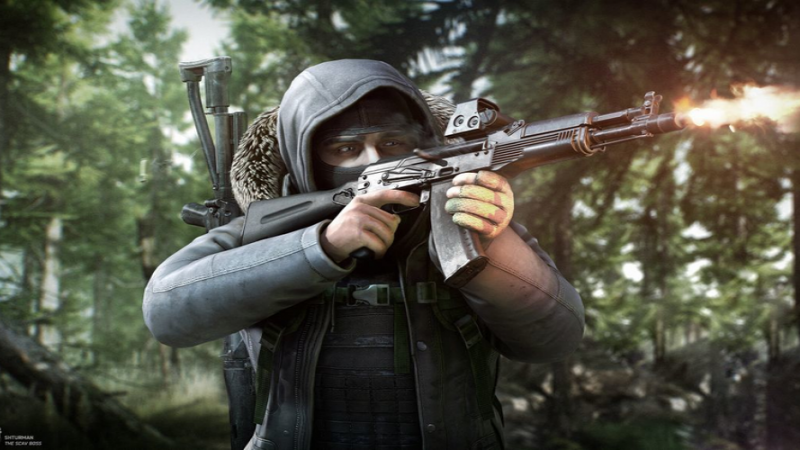 The release of patch 0.13 for the popular game Escape from Tarkov has certainly been a reason for celebration for its developers, Battlestate Games. However, their joy was short-lived as their Twitch channel has recently been temporarily blocked due to an incident during a New Year's Day broadcast.

During the New Year’s Eve broadcast, it appears that the game’s creators were enjoying themselves a bit too much and according to reports on Reddit, they were drinking alcohol and engaging in activities such as aiming replica firearms at each other. As a result, StreamerBans announced on Twitter that Battlestate Games' Twitch channel had been temporarily blocked although no official information has yet been given regarding how long this ban will last or what exactly caused it.

This is not the first time that Battlestate Games have experienced issues with streaming services such as Twitch; in December 2020 their account was suspended due to 'hateful conduct'. The company responded by issuing an apology statement which included removing some videos containing ‘inappropriate language’ and vowing to edit other materials more carefully in order to avoid similar issues in future broadcasts.

It seems however that these measures weren't enough this time around and so far there hasn't been any comment made by either party regarding when or if the ban will be lifted or whether further disciplinary action may take place against those responsible for breaching streamer guidelines during the broadcast.

Despite being one of the most successful titles currently available on Steam, Escape from Tarkov still faces problems related to its online presence - including bans imposed by streaming services like Twitch - which can potentially jeopardize its reputation among audiences and gamers alike unless handled properly by both parties involved.