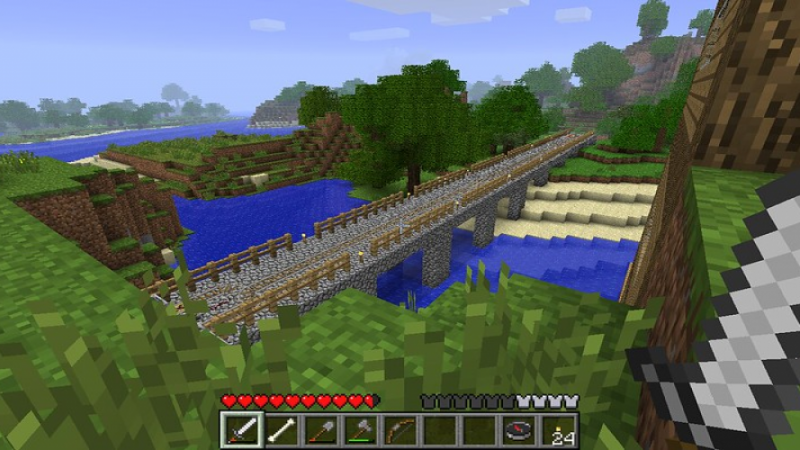 The term “NFT” is relatively new but has already made a lot of noise. In many ways, its fame is associated with the scammer’s activities. They did not ignore the most popular sandbox in the world. At the end of January, it became known that the creators of the server for mining tokens in Minecraft sold NFTs for a total amount of about $1.2 million in a short time and disappeared.

The idea of ​​the Blockverse server was this: users could mine tokens during the game, like many other resources, and then sell them. To join this opportunity, everyone had to buy NFTs from the developers. In total, the scammers created about 10 thousand tokens, and all of them were sold in just 8 minutes. After they made over $1 million, they stopped communicating.

Currently, the site of this project and the server in Discord are closed. Its Twitter account remains active for the time being, but no new posts have appeared since January 24th. The most recent tweet states that the Blockverse server is up; however, as players say, it never happened. By the way, the tokens of this project are still offered at the OpenSea auction. Representatives of this platform have not yet commented on the situation.

Of course, such a large-scale fraud could not go unnoticed. On NFT Ethics’s Twitter, which supports the distribution of tokens, a comment regarding the incident condemned the negligent actions of organizations that review and approve NFT projects. It is also known that users who have suffered due to Blockverse try to find scammers on their own by creating a corresponding server on Discord.

By now, a person named Kashx, who is allegedly involved in this project, has contacted the players and stated that the developers had been subjected to strong pressure from users. According to them, they even received death threats, which caused them to panic. Whether it is true and how this case will end, time will tell.